Welcome to the Isle of Bute Pool League Players
information pages, navigate at your leisure.
Become a member by clicking on 'Join here' in the
navigation bar, this will allow full access to all the
pages on the site.

Notice is hereby given that the Isle of Bute Pool League

will take place in the

at this meeting in order to ensure the league starts on

The AGM with take place on

It is envisaged that entry fees will remain the same as last season.

All interested parties intending to take part in the 2014/15 league season should ensure representation at this meeting. Entry fees are expected to remain the same as last year, i.e. £25 for 1 team or £30 for 2 teams.

Fees must be submitted at this meeting to ensure the incoming committee can get the league underway before the end of October.

Anyone who would like to have a topic discussed at the AGM should submit this at least seven days prior to the meeting in writing to the club secretary Paul Tweedley in Gamba’s bar or by way of email to Mike McHardy, chairman at [email protected]

GOLFERS BAR ON MONDAY 12th MAY

Sorry for the short notice, but please be advised that the committee meeting scheduled for tonight Monday 31st March has been cancelled.

The meeting has been re-arranged for

in the Struan Bar

Apologies for any inconvenience caused. 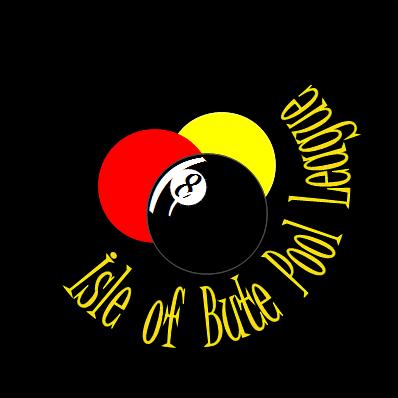 Additionally each team must have a representative attend committee meetings (Rule No.3 in the constitution), and in order to ensure compliance it was agreed on Sunday that a one point team deduction will ensue for each non-attendance, you have been warned!

The team entry fee remains the same as last year £25 for one team and £30 for two. Ten teams have entered this season the Golfers, Struan, Mac’s and Kingarth have entered 2 teams each and the Galatea and Palace have both entered 1 team.

With the planned league start date being Thursday 18th October it’s important that teams familiarise themselves and comply with some of the changes agreed at the AGM.

A copy of the revised constitution, team guidelines and rules for the new ‘scotch doubles’ playing format to be used this season will be distributed before the start date.

Player registration of £1 has been dropped this year in favour of a one off £6 team registration which should be collected by the team captains and forwarded to the pool league before the first matches kick off.

Match points are awarded as follows 1 point for winning or drawing the singles section, 1 point for winning the doubles section and 1 point to the match winner. League positions will be decided on points won irrespective of total wins. Should points be level then game difference will be employed, if that too is level a play-off will decide the outcome. Theoretically it is possible for a team to win the league without having won the most matches.

It was also agreed to form a sub-committee whose sole purpose would be to select an island team to enter the SPA’s 11 and 15 person team challenges or indeed any other team competitions that come along.

SPA affiliation 2013: The IoBPL will affiliate to the SPA for the 2013 season. This will allow any member of the league to join the SPA as an individual member (IM) and enter at a cost of £30 seven ranked IM tournaments played during 2013. If there are sufficient entries local qualifiers for each tournament will be held on the island with the winners going through to the national finals played at various locations on the mainland. Anyone wishing to join the IM’s must submit their name and £30 entry to Mike McHardy by Sunday 11th November.

SPA fiveperson tournament update: Two island teams FUBAR and The Mafia are set to go to Petty Cur Bay Caravan Park for the annual national five person team challenge. The teams will be leaving on the 1pm sailing on Friday 26th October for the weekend. The caravans are paid for and the coach is booked to pick us up at Wemyss Bay at 2pm. Two players are still to pay their coach money and I ask for this money to be paid forthwith.

NEXT COMMITTEE MEETING MONDAY 21st MAY

There will be a Committee Meeting in Mac's Bar Monday 21st May at 8.30pm to make final arrangements for the presentation

The next committee meeting will be held in Galatea Bar on Monday 7th May at 8:30pm.

The next committee meeting will be held in Mac's Bar on Sunday 4th March at 8:30pm.

Representatives from teams wishing to enter the league for the 2011 - 2012 season should attend this A.G.M.

It is anticipated the entry fee will remain unchanged @ £25 for one team and £30 for two.

Entry fee's should be brought to the meeting to secure league entry.

The Isle of Bute Pool League prize giving and trophy presentation will take place on Friday 17th June at 8pm in the Galatea Bar.

The Isle of Bute Pool League A.G.M. was held on Sunday 26th September

A few significant changes were made please note.

MONDAY 4th OCTOBER IN THE GOLFERS BAR AT 8.30pm